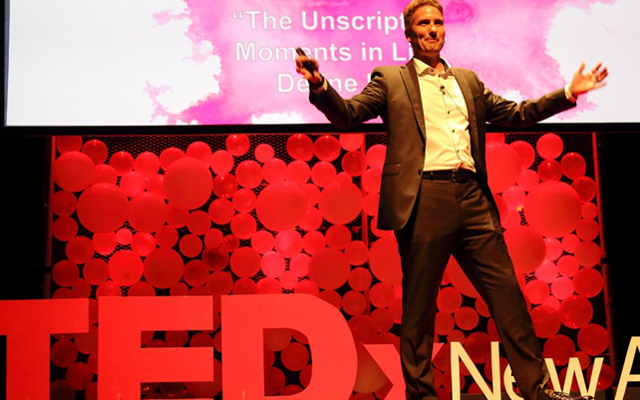 Chad J. Willett is a motivational speaker from Columbus, Ohio. He travels the country speaking to audiences with the intent to inspire them both in their personal and professional lives. Chad’s client reviews speak volumes to his poise and flexibility, as many of them mention the way he tailors every speech to his specific audience and always sticks around to answer questions after a performance.

We caught up with Chad to get the inside scoop on what it’s like to be a motivational speaker and what he does to ensure success on The Bash.

How did you get into your line of work of motivational speaking?

I have an acting studio and one of my students was a sales motivational speaker. He took my class to be a better speaker which was a brilliant move on his part. He took me under his wing and got me started over 6 years ago and the rest is history.

Were there any life experiences that inspired your "Smashing the Box" and "Ripping Off the Rear View Mirror" talks?

Yes, living in Los Angeles for 7 years and pursuing an acting career shaped both talks. Hollywood is a brutal industry and it taught me how to think different ("Smash the Box") and be very focused on what I want out of life and be in the moment ("Rip Off the Rearview Mirror.") The majority of my stories for both keynote addresses come from my days in LA when I was on film sets or training in the classroom.

What’s the most important notion you want people to get from your talks?

In "Smash the Box," that creativity/innovation lie outside the script of what you do everyday. When we get stuck in our patterns and routines we are in the box just like our competition. However, when we idea generate and problem solve that is when we begin to think and act different than our competition. And the rewards for coming up with a new idea/invention/service can be worth millions of dollars. In "Rip Off the Rearview Mirror" it is all about creating a "Through Line" in your life/organization where all your energy and focus goes toward. When you stop thinking about the past, or anticipating your future, and start being in the moment and putting all your focus and energy on your "Through Line" that is when things change for the better.

What are the most memorable/notable events you’ve worked?

I have spoken to groups that range from 10-20 people to auditoriums that hold 500+ people. The ones that stick out are when men/women after the keynote address come up and ask questions that challenge me or they are challenging themselves to think different ("Smash The Box") or thinking about their "Through Line" ("Rip Off the Rearview Mirror"). Recently, I had a gentleman in his early 50's hear "Rip Off the Rearview Mirror" and after the address he called me up and said he was re-thinking his business. He didn't have direction at his company and he was going to create a "Through Line" both for himself and his employees. When you are clear on what you want short term and long term and your objectives are in unison, that is when you truly have a "Through Line" in your life. And without a "Through Line" you drift and wander through life. His call really stuck with me as someone I had an impact on.

What advice or tips would you share with other professional speakers?

You have to hustle! This is a tough industry and you will need to read everyday, write blogs every week, work on a book, and practice your presentation skills. If you aren't an effective presenter everything you do won't matter. Practice, practice practice! Get in Toastmasters, take acting classes and do everything in your power to be a great speaker! 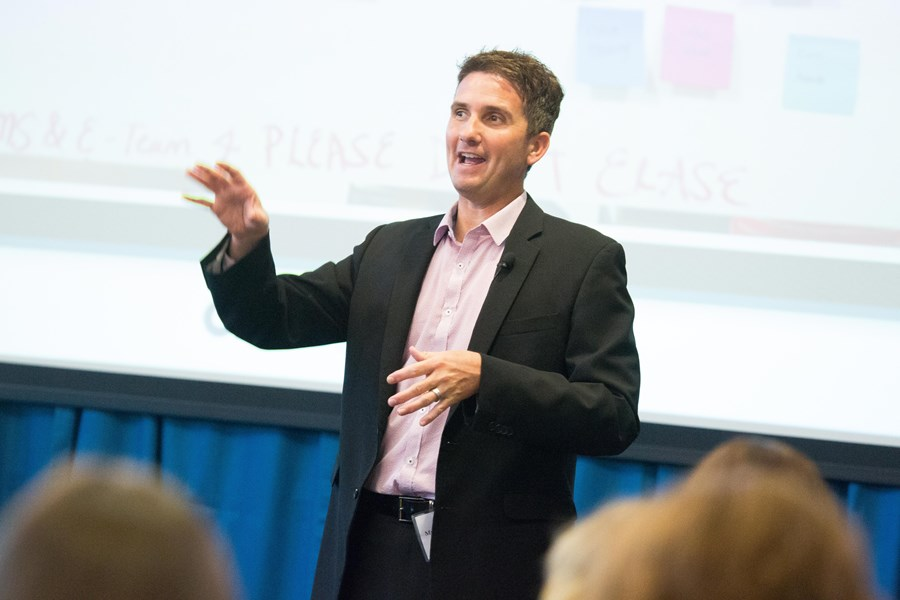 “Chad is a dynamic speaker. He came in early and mingled with the crowd. Learned people's names. He also stayed after and talked with people. He has a genuine interest in people and connects with the audience in a positive manner. He covers the topic of creativity and thinking outside of the box in a unique manner... through audience participation. I highly recommend Chad to be a speaker for your event.”