Beware. When you least expect it, the “bug” might bite you. It strikes with no warning, and experts say there isn’t a cure. I recently spoke with a victim of this phantom menace, and was amazed to learn the details of his story.

“I was 18-years-old and working in a supermarket when I was bit by the magic bug. A coworker of mine, 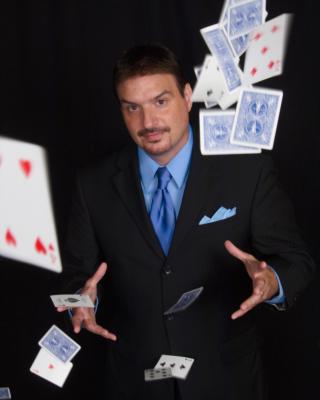 he performed a trick; he made a coin totally change its form while it was in my hand.” He went on, “I knew from that point on that magic was going to be a part of my life somehow.” A New Yorker, born and bred, Chris Anthony looked back on his early years as a magician in the City of Dreams, and how living there helped make his come true. The same coworker who introduced him to magic took him on his first outing to one of New York City’s most famed spots for magicians. Once owned by Harry Houdini himself, Flosso-Hornmann Magic Co. (formerly known as Martinka & Co.) had Chris hooked on magic from the moment he stepped foot inside: “I was like a kid in a candy store.” From there, Chris went on to perform at restaurants—try, four different ones six nights a week at one point!— and kids’ parties. What started as a fascination quickly turned into a zealous passion that ultimately defined the career path of Chris Anthony.

A GigMasters member for almost three years now, Chris Anthony Magic has already received nearly 500 gig requests. One of those requests came from the marketing department here at GigMasters. For our setup at BizBash 2012, an annual event industry trade show, Chris Anthony agreed to perform an array of his close-up magic tricks for the event’s attendees. He was an immediate hit among crowds of onlookers. For his work at a GigMasters event, we have awarded him one of our newest profile badges— the aptly named, Friend of GigMasters! As such, my interview with Chris aimed to discuss his experience working at our event, and how his career has evolved over the 28 years he’s been practicing magic. As it turned out, with every question 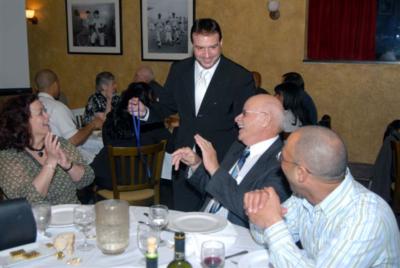 I asked, I wound up replying with an astonished -“Wait, you did what?” to more or less every one of his responses. Yes, Chris was garnering “oohs” and “ahhs” from me… over the phone!

Creating Memories to Last a Lifetime

His tales of tricks learned and accounts of magic performed had me wondering, “What could possibly fuel this successful career?” For Chris, the answer was simple: “I want to help these people make their special memories. I want to provide something they’re going to remember for the rest of their lives.” This means customizing his magic in such a way that it guarantees all clients an exceptional experience. Whether he’s performing at a wedding, a corporate function, a birthday party, or an anniversary dinner, Chris always has— quite literally— something magical up his sleeve.

Chris has recently expanded his act to include mentalism, 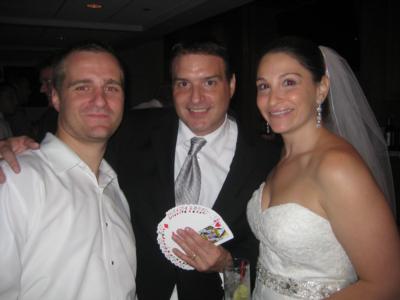 or the art of reaching into one’s mind and pulling out details of their life only they might know. “People know with traditional magic that there’s some way you managed to pull off the trick. But with mentalism, they’re really not sure.” He went on, “You tell them about their first kiss, or their first boyfriend or girlfriend, or the address of the house where they grew up. The reaction is really incredible.” For Chris, that sort of reaction is the driving force behind the singular career he’s pursued: “In the end, my greatest joy is giving people that sense of wonder that they probably haven’t experienced since they were a kid.”

It’s this kind of commitment to the client’s experience that amazes me with our members. We’ve seen it first hand with so many, and Chris stands as a model for all. He took his craft and tailored it so perfectly to our event, that I have no qualms in offering total assurance that he’d do (and does) the same for all his clients. Take all of the engagements he’s made possible! Chris has gone above and beyond to help set up proposals that can be described as nothing short of magical. Take a look at one he helped arrange in Central Park:

So maybe this “magic bug” isn’t so bad after all. It doesn’t infect its victims as much as it produces in them a sense of amazement and wonder in the seemingly unknown. And that, I’ve found, is what’s really infectious.

What's the craziest magic trick you've ever seen? Tell us about it!