What do you get when you cross a computer engineer with a mic and live audience?

No, this isn't the lead-in to a 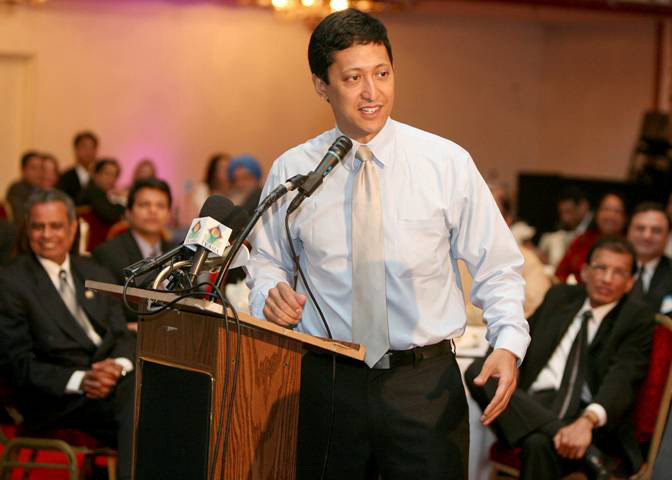 bad joke. It’s the makings of Dan Nainan, one of GigMasters’ most noteworthy comedians. We chatted recently about his unique career transformation and how a positive outlook has helped him welcome profit into the otherwise cut-rate world of comedy. Read on to find out more about how developing a distinct persona shaped Dan’s career as an award-winning comedian – and why you should do the same!

Ten years ago, Dan Nainan was a computer engineer at Intel. Working behind-the-scenes on technical demonstrations suited the self-proclaimed “nerd” just fine. It wasn't until he was asked to speak on stage with CEO Andy Grove for a selection of demonstrations that Dan realized he had a bit of a problem on his hands— that being a serious fear of public speaking. To help conquer his anxiety, he proactively sought out help in a most unique way: “I decided to take comedy classes. I figured it would help me learn to be comfortable on stage in front of an audience.” The “final exam” for the course was a live performance at San Francisco’s famed Punch Line Comedy Club. That performance for a close circle of family and friends was quickly followed by a show for 250 co-workers at an Intel convention in Las Vegas. When word spread how hilarious Dan truly was, he was asked to do stand-up at the Annual Intel Sales Conference… in front of 2,500 people! “People came up to me afterwards thinking I was a professional comedian hired to pretend I was an Intel employee. At that moment I thought, ‘Hm, maybe I really could do this for a living.’” 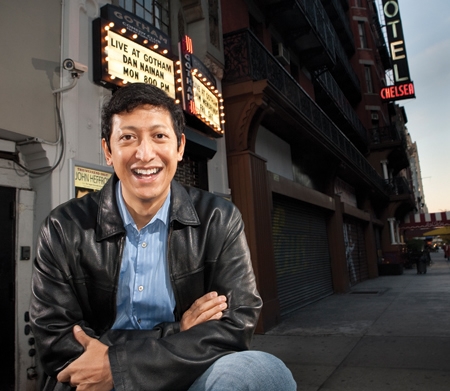 So it was. Dan-the-Engineer stepped out of his day job and into a new line of work, transforming into Dan-the-Comedian. It was then a matter of figuring out just how to hone in on a certain comedic style. That's where Jerry Seinfeld comes in. When Dan spotted the legendary comedian at a comedy club, he knew he had to seize the opportunity to ask for a tip or two. "All my friends told me not to bother him. But I went up anyway and asked if he had any advice for a budding comedian,” Dan explained, “And he was nice as could be.” Mr. Seinfeld then pointedly told him, “You should do clean! You will work everywhere!” Turns out he was right (…but are we really surprised that the industry veteran knew what he was talking about?) Dan adopted a 100% clean style of comedy, and that wound up scoring him a number of major gigs over other, more vulgar fellow funny men. As a clean comedian, he went on to perform at events for President Barack Obama, Donald Trump, Dr. Sanjay Gupta, and Apple Co-Founder Steve Wozniak - just to name a few. “It doesn't really fit my persona to swear and talk about sex on stage,” Dan shared. “But keeping it clean was also a business decision. That, and always saying ‘yes.’ People who say ‘yes’ have more fun! I've gained loyal clients that way, by simply agreeing to have dinner with them after a gig.” For Dan, building a lucrative career for himself over the past decade was made possible in part by a clean style and positive disposition. Try that out with yours and see what happens!

The Illusion
“There’s a formula to 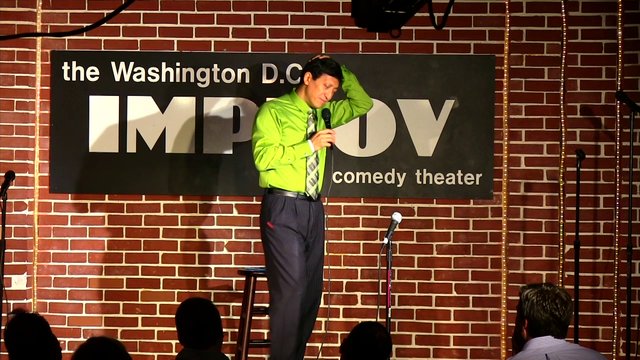 stand-up comedy,” Dan explained, when asked what he does if a joke falls flat on an audience. “A joke is like a product. You don’t put a product out unless it’s been tested.” By tirelessly testing the jokes they write at a variety of venues (for Dan, that would be everywhere from clubs to senior citizen homes), comedians are able to determine which jokes work and which ones don’t. “It’s a pruning process,” I was told. “If you do it long enough, you wind up with a set of only jokes that you know work.” It’s all part of the illusion. If you’re well-researched and well-rehearsed on any given lineup of jokes, your audience will think you’re just coming up with quips on the spot. They usually don’t know how much practice comedians like Dan put into their line of work.

GigMasters works hand-in-hand with all types of members to help them gain exposure, and so for Dan in particular, this ability to build and maintain an online presence has really changed the face of his business. That's because ultimately, as the Internet continues to dominate the hiring process for entertainers and industry vendors, it’s simultaneously altering the landscape of comedy. Gone are the days of handing out demo reels in person and depending on managers to get you booked. Now it’s possible to promote yourself with a readily accessible, digital profile. Dan says he welcomes this change. We here at GigMasters welcome the opportunity to continue to work with talented members like Dan!

Curious what others have to say about Dan Nainan? Check out his testimonial reel below...